Oh yes, we actually have a forum and everything now, its almost like a proper dub club...

This is a 1964 VW beetle engine that came with a project beetle that I bought. I have no use for it so its up for grabs. I have never had it in the car so have never seen it running.

The engine turns over by hand nicely and has compression. It has no end float and makes no unpleasent noises when turned. The tinware and fan shroud are in very good condition, no rust, although there is some blue overspray in places which is a shame as it looks as though the tinware has been powder coated in the past. Im sure the overspray could be removed with some thinners though.

It comes with the carb, 30 pict 1, manifold, and flywheel.

It is missing the distributer, fuel pump and dynamo / fan 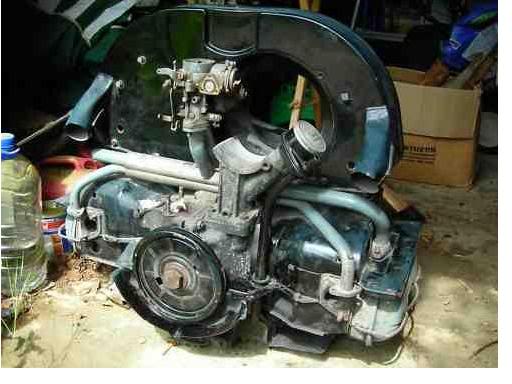